The 2018 F-150 has to be many things to many people. From work truck to cruiser, off-road vehicle to boat hauler, there is an F-150 for virtually every task. As a result, the lineup is diverse. There are four engines available on the F-150, six trims and several body options.

For 2018, the Ford F-150 Manufacturer’s Suggested Retail Price starts at just under $30,000 for a regular cab XL (all prices include $1,295 destination). XLT pricing begins at $34,265.
Trims include XL, XLT, Lariat, King Ranch, Platinum and Limited. The basic XL trim is available with three different cab sizes and three different bed lengths in either 2WD or 4WD configurations. Owing to its work-truck pretensions, the XL is relatively light on bells and whistles, with just basic utilities like an AM/FM radio and a 4.2-inch screen in the center stack. 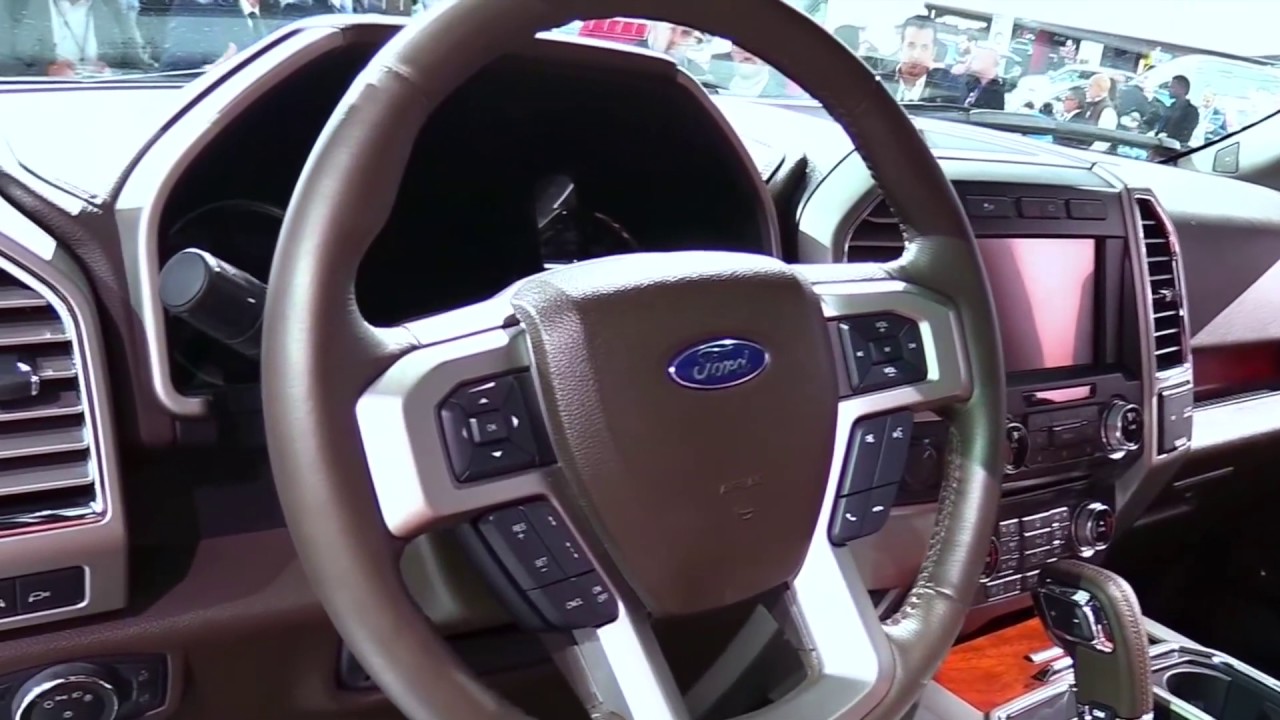 The Platinum version is the urban cousin to the King Ranch trim. Like the King Ranch, it’s only available with a crew cab and the V8. It also features a voice-activated navigation system, unique 20-inch polished aluminum wheels, LED side mirror spotlights, power deployable running boards, aluminum interior trim and a leather wrapped and heated steering wheel.

Finally, the Limited trim rides on 22-inch wheels and makes standard a whole range of convenience items that are optional on lesser trims. These include a 360-degree camera with split-view display, remote tailgate release, a twin-panel moonroof and more.

For 2018, Ford has updated the venerable F-150, with new grille and headlight designs. Also new is a 3.3L V6 that includes both port and direct injection. The engine replaces the previous 3.5L and makes 290 horsepower. Torque produced by the 2.7L turbocharged V6 increases by 25 lb-ft to 400, while output for the 5.0L V8 increases to 395 horsepower and 400 lb-ft of torque. The 3.3L engine is paired with a 6-speed automatic, while all others are now paired with a 10-speed automatic. A new 3.0L diesel V6 will debut later in the model year.

The F-150 might be the most important vehicle made by Ford. It continues to be one of their top-selling vehicles, encouraging Ford to put their best foot forward with the 2018 model. The F-150 competes with the Ram, the Chevrolet Silverado and the GMC Sierra 1500, among others, in the full-sized truck category. Ford is clearly pushing its new technology and new ideas with the F-150, offering plenty of options not available anywhere else in this class, such as a 360-degree camera and integrated loading ramps stowed in the pickup bed. A smaller, more fuel efficient EcoBoost engine is also available, which should further improve fuel economy while providing the same kind of horsepower that would normally be delivered by mid-grade V8 engines. At the same time, the F-150 continues to excel at traditional truck tasks, with a best in class towing capacity of 12,200 pounds when properly equipped. 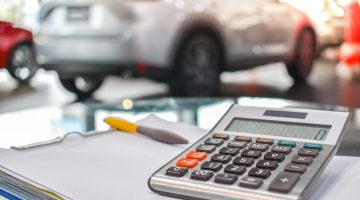 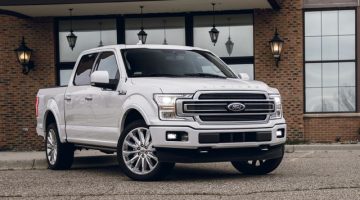 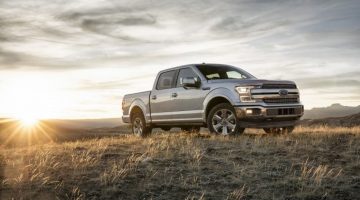